An Attempt On Thecaegraphic Phenomenology 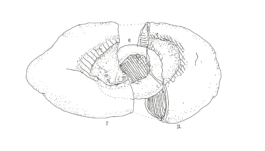 Traditionally, the metaphysical approach is to analyze or deconstruct the structure of reality, treating it as a given. Nonetheless, considering the history of ideas and philosophy, it becomes clear that different metaphysical paradigms were actively changing and producing reality via changing our perception of its nature and the possibilities it may, or may not hold. Functioning as the fundamental structure of any consistent ideology, the impact of such paradigms on sociocultural and political realms is enormous. But, we also get the insight, that they are relative constructs, admittedly influencing subjective perception, yet depending and basing on it. Thus, to a certain degree, perceiving the world equals creating and narrating it – and vice versa. In this sense, it has to be declared as a form of artistic operation.

Working with textual descriptions, poetry, narration and visual image, we are attempting to artistically explore the methodology of Thecaegraphic Phenomenology, which we developed as a temporary and structured manifestation of our shared forms of perception. Thecaegraphy (from gr. θήκη, lat. theca: ‘case, box, that which encloses, envelope/cover/hull/sheath’) follows our sense that phenomena have different hulls of appearance and that penetrating them leads to deeper and descendingly more diffuse realms of reality and imagination. Phenomenology, in our context, refers to the perception that the phenomenon is equally substantial and veritable in each of these appearances. For its practical implementation we chose the rose garden belonging to Stadtmuseum Düsseldorf, which was created by classicist landscape architect Maximilian Friedrich Weyhe. Constructed gardens are spheres, in which artificiality, composedness and naturality are able to be joined together, holding the possibility of unfolding imaginative cosms by manifesting them as immersive landscapes or tableaux vivants. In that way, they act as a node point for various strands of cultural, scientific, historical and natural motives, culminating in spaces being, in equal shares, excavation sites and theatrical stages. These qualities invited us to consider said garden as a testing and exploration ground for applying our method and a nurturing environment for the seed of the potential metaphysical/ artistical implications it offers.

These implications may include: Every phenomenon is in its very nature both an individual and part of a vast and ineffable continuum of mere existence (which one might experience and know through phenomenological contemplation). The texture of reality can be described as a complex – and often subtle – network of correlations and interconnections of phenomena (within said spectrum of ambivalence). All phenomena are appearing through different Thecae. The connectedness of phenomena may be located within either all, a few or just one of these Thecae: 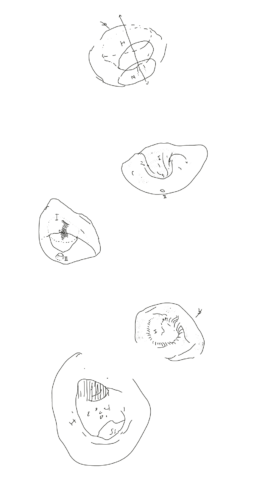 Analyzing the composition of the artefacts outer shell and meaning

– analogous connections of phenomena, non-causal modalities of the mind / gaps of the mind, methaphors, symbols and orally transmitted reports, holistic, associative, subjective, sensual perceptions within and as part of our imagination –
the reality of our imagination
(attributes of the right brain hemisphere) 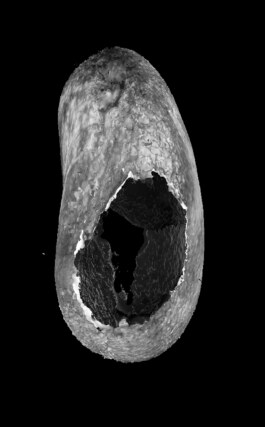 The stone I found has a hole halfway through it. If I hadn’t picked it up and taken it with me, the hole might have been completed in a few thousand years. An adder stone is a type of stone, usually glassy, with a naturally occurring hole through it. In Britain they are also called hag stones, witch stones, serpent’s eggs, snake’s eggs.

Three traditions exist as to the origins of adder stones. One holds that the stones are the hardened saliva of large numbers of serpents massing together, the perforations being caused by their tongues. The second claims that an adder stone comes from the head of a serpent or is made by the sting of an adder. The third is more modern. It details that the stone can be any rock with a hole bored through the middle. Human intervention (i.e., direction of water or placement of the stone) is not allowed. At the holes’ spot there could have been remnants of embedded fossil stalks of sea lilies (see Paramoudra on the theory of the formation of the holes) which were washed out by the sea water.

In Germany they are called Hühnergötter (‘chicken gods’), in Egypt aggry or aggri. The name ‘Hühnergott’ goes back to a Slavic folk belief, but also with the Germanic and Anglo-Saxon people hole stones played a central role as amulets and talismans. In popular belief it is said that ghosts do not prefer doors, but holes, keyholes or cracks of any kind to get into rooms and houses. False holes are supposed to mislead the spirits. In many Nordic countries, chicken gods are therefore still hung individually or as a chain at the house entrance for protection or placed under the pillow. 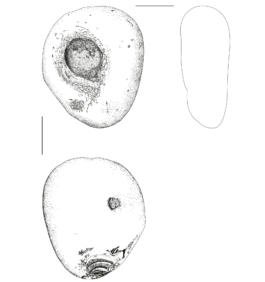 ‘we don’t linguistically describe the thing, but we use symbols, that point towards the thing and let the ineffable shine through.’

pure existence in itself. the fact that. – things are.

tell me more about the fact that stones – exist;

the primary, ineffable aspect of the stone is, that – he exists

the primary aspext of thr stpne is that – ge exists

the primar d aspect of the atone is that – he exists

the primary aspect i f the stone is that – he wxiszs

the primary stone of the sapect ist that – he exista

the primary aspect of the tone is that – he exists

the promary aspect of the stone is that – he exists 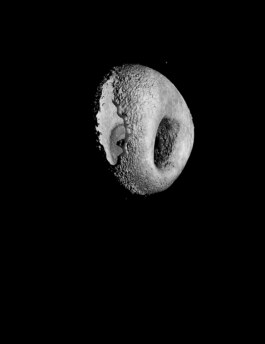 I used to throw stones into the vegetated darkness

one smashing onto the other

pointing out to the dark

until I was about to throw my arm?)

displacements of reality smashing onto the other

I coundn’t see a thing besides the sound

of one stone smashing onto the other

₍what the fuck with fucking stones

what’s the point of fucking stones?

the sound of horns and motors under water;

displaced  realities      smashing onto the other

I used to dig around in the vegetated darkness

(I do identify you with a bright, ringing sound of colliding
armrings

the sound of one armring
smashing onto the other