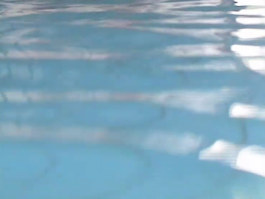 Ronald D. Laing (1927  − 1989) was a psychiatrist who was an important influence for the anti psychiatric movement. He published among others The Divided Self (1960),
The Self and Others (1969),
The Politics of Experience and The Bird of Paradise (1967).

The German filmmaker is my father.

After the interview was broadcasted, my father was banned as an author from ZDF due to Laing’s statements about God and had to start working for another tv station, WDR, which is where and how he first met my mother.
(Rosa Sarholz)

A German filmmaker asked Ronald D. Laing in 1988 for an interview for a television contribution for the German channel ZDF. Mr. Laing declined, but invited the filmmaker to join the symposium “Geist und Natur. Auf der Suche nach der verlorenen Einheit” in Vienna. They went out drinking and talking every night and then one day went swimming in the hotel’s swimming pool. Mr. Laing said: “Do you still want the interview? Let’s do it here.”

This is a transcript of the interview. 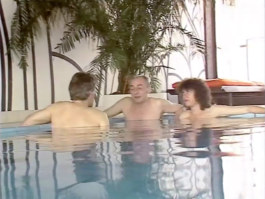 The ‘I am-state’ understood as a separate sort of thing. It means that you look at other people in space as outside of you. And you then have either an adversary relationship, win-lose, one-zero-relationship to the alterity of the other, the Other.

Or… which is all you can do. Then you develop different ideas of sympathy and compassion and empathy and whatnot - from this head state in which you… In this bunker. The alternative to that is the possibility for some people to realise the nature of reality. 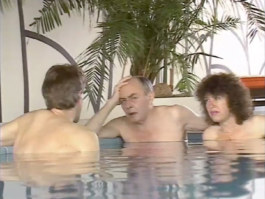 Thomas Aquinas defined love as the realisation of the existence of the other in his or her or its true reality. That entails… He didn’t realise it as far as I am concerned. But he had a sort of glimpse of it that we are not… I am not… I mean, I can’t talk, but we are not… We are distinct at the same time we are together. That togetherness, that symbiosis, is what we’ve lost. And if we don’t realise it, we will destroy ourselves. 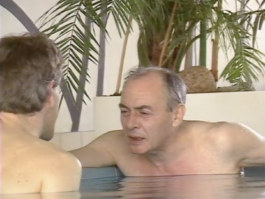 We have already destroyed ourselves totally in theory. We can only await for us to destroy ourselves in practice. And the whole universe will breathe a sigh of relief, when we do so. 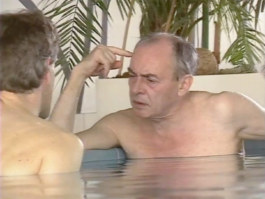 As Nietzsche said, every thought you think digs you deeper into the lie of thought. So behind that, is what I… I don’t know how you say it in German … communion. 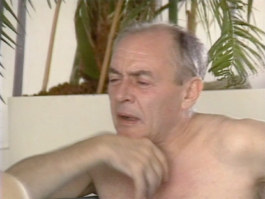 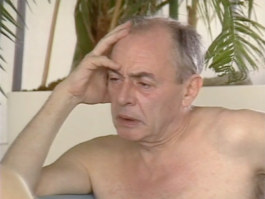 That communion is exquisitely coherent in time, in synchronicity.
Those people who are not in communion don’t know what we are talking about just now, because I am not elaborating thoughts through my mouth and on my (incomprehensible) …

Engaging with you in this swimming pool in an act of communion.
Those people who don’t understand that – ‘verstehen’ – will never understand it.

And it’s not my problem, or your problem, It’s God’s fucking
problem. And as far as I am concerned, God can fuck off. And take care of himself. 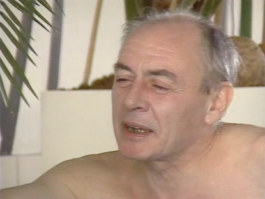 Woman: You want to sing a song? 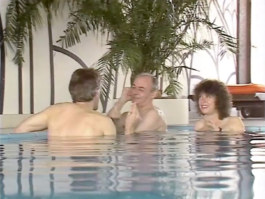 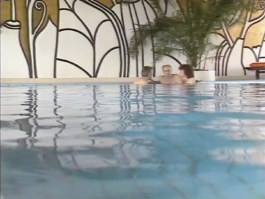