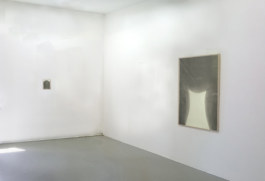 + Extracts of „The Case of George Dedlow“ by Silas Weir Mitchell.PDF 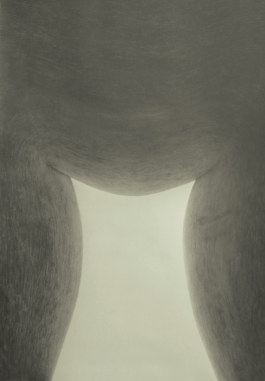 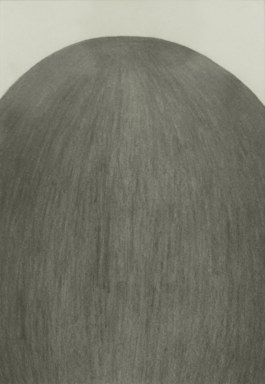 Extracts of “The Case of George Dedlow” by Silas Weir Mitchell

[…]
Still more remarkable, however, were the physical changes which I now began to perceive. I found to my horror that at times I was less conscious of myself, of my own existence, than used to be the case. This sensation was so novel, that at first it quite bewildered me. I felt like asking some one constantly if I were really George Dedlow or not; but, well aware how absurd I should seem after such a question, I refrained from speaking of my case, and strove more keenly to analyze my feelings. At times the conviction of my want of being myself was overwhelming, and most painful. It was, as well as I can describe it, a deficiency in the egoistic sentiment of individuality. About one half of the sensitive surface of my skin was gone, and thus much of relation to the outer world destroyed. As a consequence, a large part of the receptive central organs must be out of employ, and, like other idle things, degenerating rapidly. Moreover, all the great central ganglia, which give rise to movements in the limbs, were also eternally at rest. Thus one half of me was absent or functionally dead. This set me to thinking how much a man might lose and yet live. If I were unhappy enough to survive, I might part with my spleen at least, as many a dog has done, and grown fat afterwards. The other organs, with which we breathe and circulate the blood, would be essential; so also would the liver; but at least half of the intestines might be dispensed with, and of course all of the limbs. And as to the nervous system, the only parts really necessary to life are a few small ganglia. Were the rest absent or inactive, we should have a man reduced, as it were, to the lowest terms, and leading an almost vegetative existence. Would such a being, I asked myself, possess the sense of individuality in its usual completeness,-even if his organs of sensation remained, and he were capable of consciousness? Of course, without them, he could not have it any more than a dahlia, or a tulip. But with it-how then? I concluded that it would be at a minimum, and that, if utter loss of relation to the outer world were capable of destroying a man's consciousness of himself, the destruction of half of his sensitive surfaces might well occasion, in a less degree, a like result, and so diminish his sense of individual existence.

I thus reached the conclusion that a man is not his brain, or any one part of it, but all of his economy, and that to lose any part must lessen this sense of his own existence. I found but one person who properly appreciated this great truth. She was a New England lady, from Hartford,-an agent, I think, for some commission, perhaps the Sanitary. After I had told her my views and feelings, she said: "Yes, I comprehend. The fractional entities of vitality are embraced in the oneness of the unitary Ego. Life," she added, "is the garnered condensation of objective impressions; and, as the objective is the remote father of the subjective, so must individuality, which is but focused subjectivity, suffer and fade when the sensation lenses, by which the rays of impression are condensed, become destroyed." I am not quite clear that I fully understood her, but I think she appreciated my ideas, and I felt grateful for her kindly interest.
[…]
The strange want I have spoken of now haunted and perplexed me so constantly, that I became moody and wretched. While in this state, a man from a neighboring ward fell one morning into conversation with the chaplain, within earshot of my chair. Some of their words arrested my attention, and I turned my head to see and listen. The speaker, who wore a sergeant's chevron and carried one arm in a sling, was a tall, loosely made person, with a pale face, light eyes of a washed-out blue tint, and very sparse yellow whiskers. His mouth was weak, both lips being almost alike, so that the organ might have been turned upside down without affecting its expression. His forehead, however, was high and thinly covered with sandy hair. I should have said, as a phrenologist, Will feeble,-emotional, but not passionate,-likely to be enthusiast, or weakly bigot.
I caught enough of what passed to make me call to the sergeant when the chaplain left him.
"Good morning," said he. "How do you get on?"
"Not at all," I replied. "Where were you hit?"
"O, at Chancellorsville. I was shot in the shoulder. I have what the doctors call paralysis of the median nerve, but I guess Dr. Neek and the lightnin' battery will fix it in time. When my time's out I'll go back to Kearsage and try on the school-teaching again. I was a fool to leave it."
"Well," said I, "you're better off than I."
"Yes," he answered, "in more ways than one. I belong to the New Church. It's a great comfort for a plain man like me, when he's weary and sick, to be able to turn away from earthly things, and hold converse daily with the great and good who have left the world. We have a circle in Coates Street. If it wa'n't for the comfort I get there, I should have wished myself dead many a time. I ain't got kith or kin on earth; but this matters little, when one can talk to them daily, and know that they are in the spheres above us."
"It must be a great comfort," I replied, "if only one could believe it."
"Believe!" he repeated, "how can you help it? Do you suppose anything dies?"
"No," I said. "The soul does not, I am sure; and as to matter, it merely changes form."
"But why then," said he, "should not the dead soul talk to the living. In space, no doubt, exist all forms of matter, merely in finer, more ethereal being. You can't suppose a naked soul moving about without a bodily garment. No creed teaches that, and if its new clothing be of like substance to ours, only of ethereal fineness,-a more delicate recrystallization about the eternal spiritual nucleus,-must not it then possess powers as much more delicate and refined as is the new material in which it is reclad?"
"Not very clear," I answered; "but after all, the thing should be susceptible of some form of proof to our present senses."
"And so it is," said he. "Come to-morrow with me, and you shall see and hear for yourself."
"I will," said I, "if the doctor will lend me the ambulance."
It was so arranged, as the surgeon in charge was kind enough, as usual, to oblige me with the loan of his wagon, and two orderlies to lift my useless trunk.
On the day following, I found myself, with my new comrade, in a house in Coates Street, where a "circle" was in the daily habit of meeting. So soon as I had been comfortably deposited in an arm-chair, beside a large pine-table, the rest of those assembled seated themselves, and for some time preserved an unbroken silence.

[…]
(As he left us,) the sergeant leaned over and whispered to the medium, who next addressed himself to me, "Sister Euphemia," he said, indicating the lady with large eyes, "will act as your medium. I am unable to do more. These things exhaust my nervous system."
"Sister Euphemia," said the doctor, "will aid us. Think, if you please, sir, of a spirit, and she will endeavor to summon it to our circle."
Upon this, a wild idea came into my head. I answered, "I am thinking as you directed me to do."
The medium sat with her arms folded, looking steadily at the centre of the table. For a few moments there was silence. Then a series of irregular knocks began. "Are you present?" said the medium.
The affirmative raps were twice given.
"I should think," said the doctor, "that there were two spirits present."
His words sent a thrill through my heart.
"Are there two?" he questioned.
A double rap.
"Yes, two," said the medium. "Will it please the spirits to make us conscious of their names in this world?"
A single knock. "No."
"Will it please them to say how they are called in the world of spirits?"
Again came the irregular raps,-3, 4, 8, 6; then a pause, and 3, 4, 8, 7.
"I think," said the authoress, "they must be numbers. Will the spirits," she said, "be good enough to aid us? Shall we use the alphabet?"
"Yes," was rapped very quickly.
"Are these numbers?"
"Yes," again.
"I will write them," she added, and, doing so, took up the card and tapped the letters. The spelling was pretty rapid, and ran thus as she tapped in turn, first the letters, and last the numbers she had already set down:-
"UNITED STATES ARMY MEDICAL MUSEUM, NOS. 3486, 3487."
The medium looked up with a puzzled expression.
"Good gracious!" said I, "they are my legs! my legs!"
What followed, I ask no one to believe except those who, like myself, have communed with the beings of another sphere. Suddenly I felt a strange return of my self-consciousness. I was re-individualized, so to speak. A strange wonder filled me, and, to the amazement of every one, I arose, and, staggering a little, walked across the room on limbs invisible to them or me. It was no wonder I staggered, for, as I briefly reflected, my legs had been nine months in the strongest alcohol. At this instant all my new friends crowded around me in astonishment. Presently, however, I felt myself sinking slowly. My legs were going, and in a moment I was resting feebly on my two stumps upon the floor. It was too much. All that was left of me fainted and rolled over senseless.
[…]